Working with millimeter waves: A tale of 5G new radio

Those of us in the business of delivering high-performance network packet processing are often quick to brush off the radio frequency (RF) giant. We take the position that, without the scrappy little bean-planter, no one is picking those golden eggs out of the sky and delivering them to the Internet market. You know – the important stuff. We therefore tend to take the proverbial knowledge axe to anything north of the baseband unit. After all, who wants to see all that stuff huffing and puffing its way down the beanstalk?

Mobile data consumption will continue its explosive growth trajectories, increasing by a CAGR of over 30% in the next 5 years, and the exponential increase in IoT endpoints requiring extremely low, sub-1ms, latency characteristics will… please don’t make me write any more of this stuff, else I might just hack that beanstalk from under myself. Seriously. We know. And I’ll tell you exactly how we know once I’ve finished watching this video clip on the resurgence of Cambodia’s endangered river dolphins from National Geographic... on my toaster oven. Right -- now, what was I saying?

Supporting these obvious market trends first required finding some serious spectrum. Enough with competing against the electromagnetic radiation of every other household wireless device and appliance in the stuffed 3kHz-to-6GHz range. Enough with the apologies as it squeezes, self-consciously, into TV white space or pardons itself for repurposing abandoned analog frequencies: Public mobile needed a place to stretch its legs, free of band restrictions or interference and the need to generally request forgiveness for its very existence. Mobile telephony deserves better, dammit.

Coming in at 24GHz, 5G has rocketed up the spectrum charts. Sure, 5G can play in the sub-6GHz arena, but there’s little to be gained in doing so over current 4G implementations, in terms of speed and capacity.  Having that ability, however, will prove useful during the long winter migration from 4G, simply because the nature of the millimeter wavelengths in those higher frequencies requires fundamentally different RF design characteristics than the centimeter wavelengths of today.  At the upper reaches of what is known, pointedly, as the Super High Frequency (SHF) band, 5G will extend into the Extremely High Frequency (EHF) band, which represents the 30GHz-to-300GHz frequencies. With the bands following the EHF range referred to as Tremendously High Frequencies (THF), I can only assume that those preceding SHF are known as the Totally Sucky Frequency (TSF) bands, but I’ve not investigated it, to be honest.

As you might be aware, people in the telecommunications industry despise air travel, instead choosing to use the very technology and tools they promote to effectively and efficiently collaborate remotely. I, therefore, fear this reference will be largely unfamiliar to my target audience. For some time, travel from and within the USA has required traversing devices that employ non-targeted, low-power, backscattered1 millimeter waves to detect objects one might have upon their person. It is the application of these same millimeter waves, in a more targeted and high-power form, that has led to the rumor (aka Internet fact) that, with the advent of 5G we will all be de-cloaked by our respective governments or irradiated. I’m not sure if this is true, but I’m going to assume that, for the sake of my modesty, it isn’t.

It won’t be the first time wireless communications has dipped its toe into mmWaves. Over a decade ago, WiGig2 (aka IEEE 802.11ad) exploded onto the scene touting a high-speed 7Gbps unlicensed wireless data experience from in and around the 60GHz range. That’s over 10 times faster than 802.11n at full tilt. OK – when I say “exploded,” I actually mean “trickled,” as immediate use cases and adoption weren’t exactly  forthcoming. And they likely may never be, for 802.11ad’s inherent features present some rather limiting capabilities that result in supporting only very short, error-free distances. The 60GHz range, you see, is also known as the Oxygen Absorption Band. While being an excellent name for a Jazz Trio, this rather ominous title sheds light into why (like grifters running a diploma mill3) the likes of the FCC are all only too happy to peel off that range for unlicensed use. At 60GHz, 98% of electromagnetic energy is absorbed by O2. That’s right -- pretty much 100% of radio transmissions are gobbled up by the presence of Oxygen. Yes. That Oxygen. The very same. 802.11ad is like someone offering you a speedboat that disintegrates on touching water. 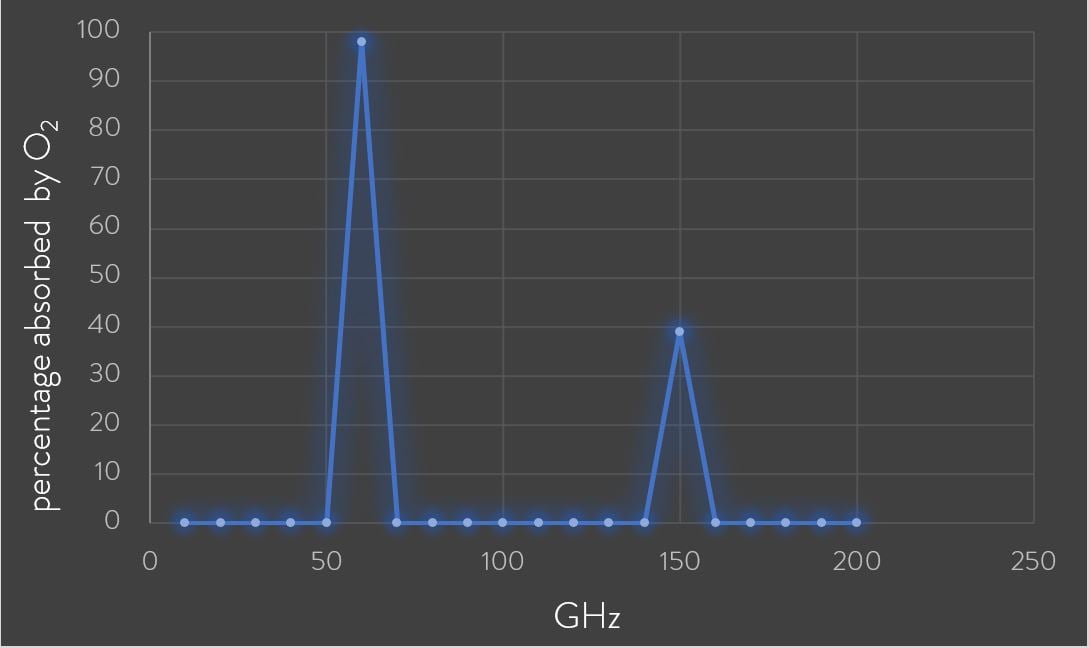 All issues aside, the 60GHz band continues to be a contender for Fixed Wireless Access (FWA), given the ability to overcome the issues in that frequency range by simply blasting5 a very focused signal from a stationary source to a static destination. Employing identical RF techniques to its mobile counterpart, 5G FWA is also an optional application of the lightly licensed 70-80 GHz range. This fact that has made me realize that while I got in my joke about people in this industry permanently flying and having stumbled upon a surprising fact about the 60GHz frequency range, I’ve not actually covered anything related to 5G millimeter waves.

In July 2016, the FCC released its grandly named “Spectrum Frontiers” Report and Order (R&O), authorizing the first allocation of spectrum in the millimeter wavelengths above 24GHz.6 Not to be mistaken for a course from the above-mentioned diploma mill, FCC Auction 101 wrapped up in January 2019 with 40 qualified bids for just over 3,000 licenses in the 27.500 to 28.350 GHz range.7 The first indication, to the non-technically inclined, that the EHF band was going to cause trouble for the network architects might have been the price. In contrast, Auction 97 of three separate Advanced Wireless Services (AWS-3) bands (1695-2180) clocked in at $2.71/MHz, while the final cost per MHz in the 28GHz band was just $0.011. One penny per MHz.

The low price associated with Auction 101 was reflective of the amount of additional infrastructure that would be required to build out wireless coverage in that wavelength. To be fair, though, this was exacerbated by the fact that Auction 101 covered only 25% of the US population, primarily in suburban or rural counties and not major metropolitan areas. Obviously a more expensive proposition even under the best of radio environments, which mmWaves are far from affording. That 2GHz AWS-3 frequency has a wavelength in the region of 15cm (the length of a plus-size cell phone), compared to only about 1cm (the length of a fingernail) for that initial 28GHz Spectrum Frontiers auction.

When we compare simple Free Space Path Loss (FSPL) -- the attenuation of signals when unhampered by adverse atmospheric conditions, woodlands or man-made objects -- of 2.4GHz and 28GHz frequencies, the difference is in the region of 20dB. Not only does the path loss increase dramatically, but when you start dealing in the mmWave range, you also have to keep a close eye on the weather. Smaller wavelengths suffer from far greater atmospheric attenuation than larger ones. While causing practically no discernible loss at the 2.4GHz range, at 28GHz, heavy rain can add yet another 5dB loss into the mix. Commonly referred to as rain fade, this is something satellite TV engineers have long lost sleep over… as has anyone gearing up to watch the Superbowl on a stormy February afternoon. Not that engineers do.

What this all basically means is that if you are transmitting at an identical power level of, say, 0dB to devices with identical receiver sensitivities of -120dB, a wavelength with a frequency of 2.5GHz could travel ten kilometers, whereas a 28GHz wavelength would fizzle out at around 1km. 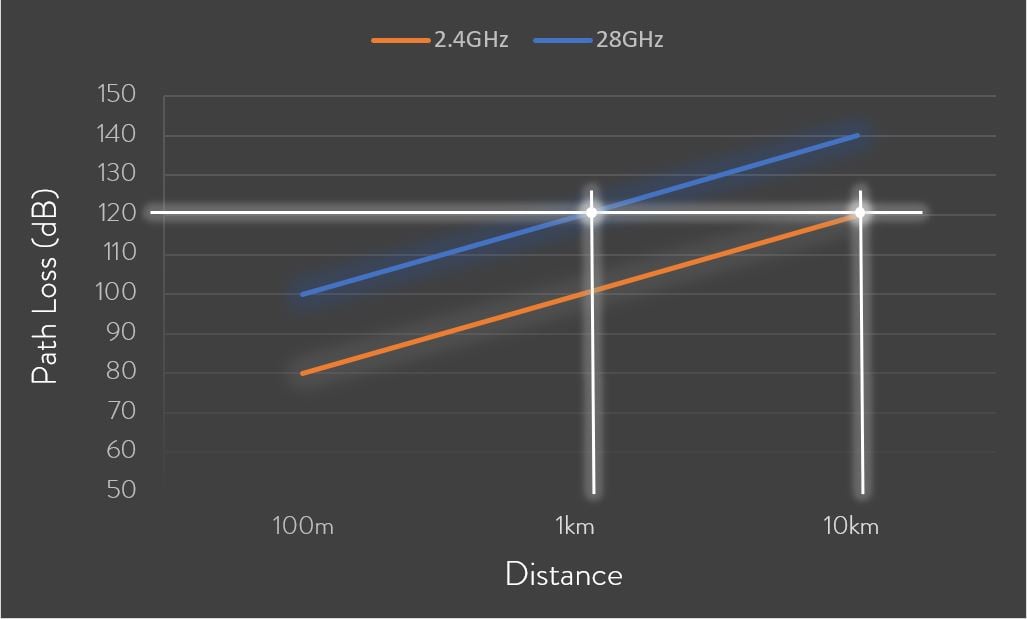 Unfortunately, light precipitation is the least of a mobile RF engineers concerns, when dealing with millimeter waves. The effect of everyday building materials and natural foliage on these higher frequency wavelengths is nothing less than catastrophic. A 2013 report on 28GHz wave reflection and penetration loss from New York University8 (decidedly not a diploma mill) painted a dark picture for not only the prospect of cellular service covering the interiors of buildings but the ability of femtocells to pick up the slack.

Noting that most exterior glass is now coated or embedded with metal to block of harmful UV, less than 4cm of it resulted in a loss of over 40dB for the 28GHz test signal. In comparison, larger-centimeter wavelengths (lower frequencies) would sail through practically unobstructed. Even a brick wall fared better, with a 28.3dB loss. More shockingly, when transmitting from within an office, it took little more than a few sheetrock walls, doors or cubicles over as little as 11 meters to result in penetration losses in the region of 45dB. Ouch.

While I was here quietly questioning the viability of 5G outside the most densely populated urban areas, a blog post from the CTO of T-Mobile -- Neville Ray -- was published questioning the exact same thing.9 Obviously I found this both comforting and a little concerning at the exact same time. After all, I normally expect my inner voice and gut feelings to be completely wrong. Of course, I totally respect anyone who drops a nuke on their own industry – it’s certainly something I have no aversion to doing, assuming my current employer continues not to read my blog. Credit to the NYU guys, though, the post essentially just repeated a test from their six-year-old report but employs a winning formula, in today’s media of choice, by highlighting the results by way of an animated GIF. One of which is sure to become an industry meme on the state of 5G.

Aside from the fact that mmWaves make decidedly dismal transport mechanisms and, in the U.S. at least, the FCC has yet failed to make any useful spectrum available in any place it could actually be employed, their application in next-generation mobile infrastructure is practically a given.  Naturally, there are antenna evolutions that serve to mitigate mmWave shortcomings, specifically massive multiple-input-multiple-output (MIMO) of dual-polarized waves with beamforming. These were topics I was going to hit in this post but having already gone on for far longer than expected on just the waves themselves, I figured we all needed a break. Regardless, the simple fact is that 5G buildouts -- even when they are within densely populated areas and simply for fixed wireless access, at first -- are going to demand a dramatic increase in infrastructure over 4G.

We Jacks in this tale of radio giants, must do our part to support the deployment of more highly distributed packet processing engines than has ever been seen before. These new network functions must be more agile and more cost effective than those of the past and present. Clearly, this is the domain of a new breed of vendor – one that is versed in delivering software solutions that are deployable, on demand, in edge cloud computing environments but with performance characteristics that meet or exceed the capabilities of fixed hardware solutions. We must grab those golden eggs and run. Fee-fi-fo-fum.

For more information on the technology behind these new user plane functions, check out our knowledge base article on CNAP and this blog post.

1. Backscattering (aka diffuse reflection) is the act of reflecting particles (waves or signals) in many angles back in the general direction of their source. This is in contrast to the specular reflection you would get from a mirror.
2. Introduced in 2009 with the formation of the Wireless Gigabit Alliance, which has since merged with the Wi-Fi Alliance.
3. https://en.wikipedia.org/wiki/Diploma_mill
4. https://www.rfglobalnet.com/doc/fixed-wireless-communications-at-60ghz-unique-0001
5. Please excuse the highly technical terminology.
6. https://docs.fcc.gov/public/attachments/FCC-16-89A1.pdf
7. https://arxiv.org/ftp/arxiv/papers/1806/1806.05176.pdf
8. https://nyuscholars.nyu.edu/en/publications/28-ghz-millimeter-wave-cellular-communication-measurements-for-re
9. https://www.t-mobile.com/news/the-5g-status-quo-is-clearly-not-good-enough  The CEO of Verizon (Hans Vestberg) responded a day later, when pressed: "We will need to remind ourselves, this is not a coverage spectrum." In general, since sending this piece over to our (incredibly patient) copy editor, all hell has broken loose on this topic. 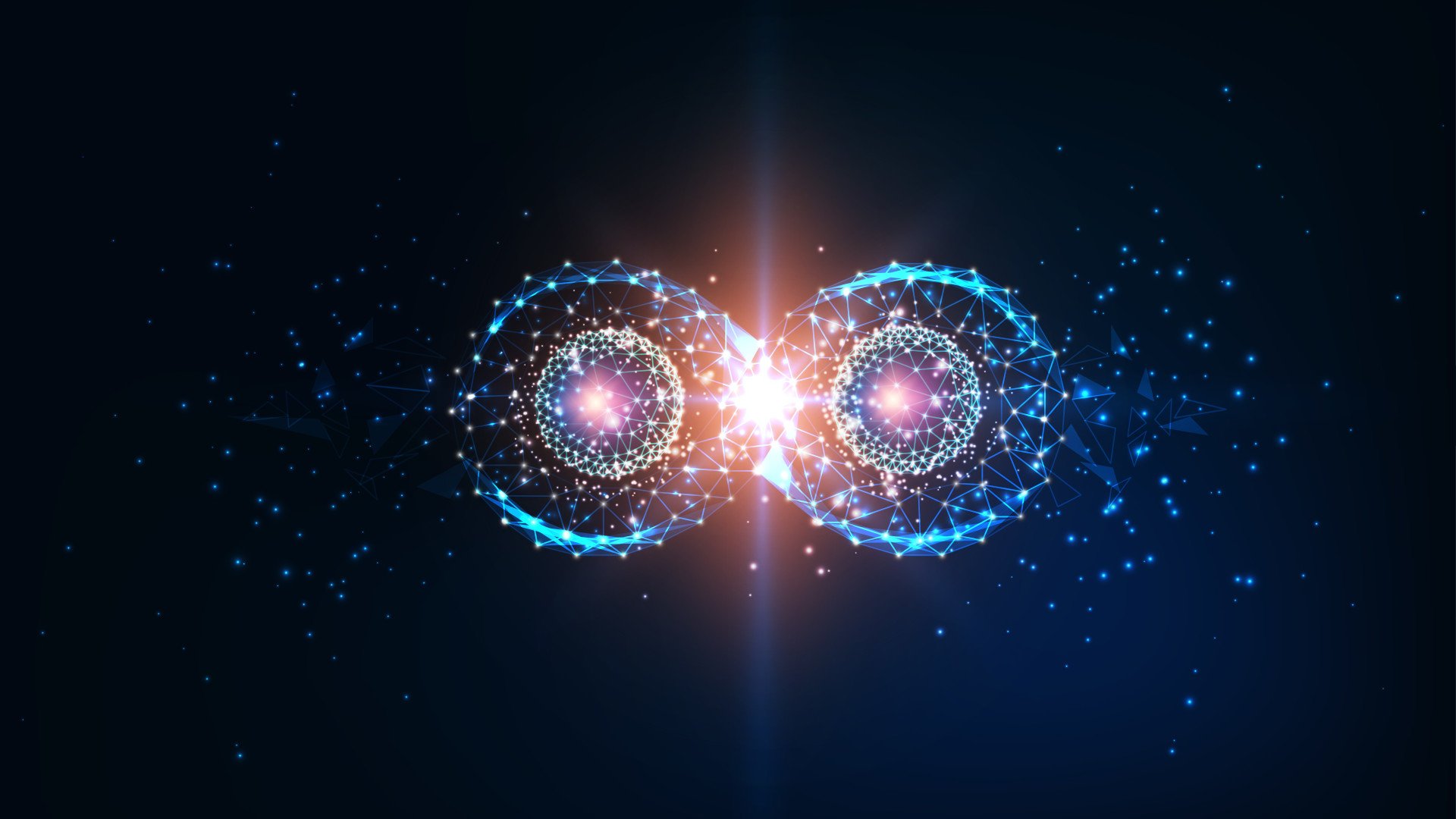 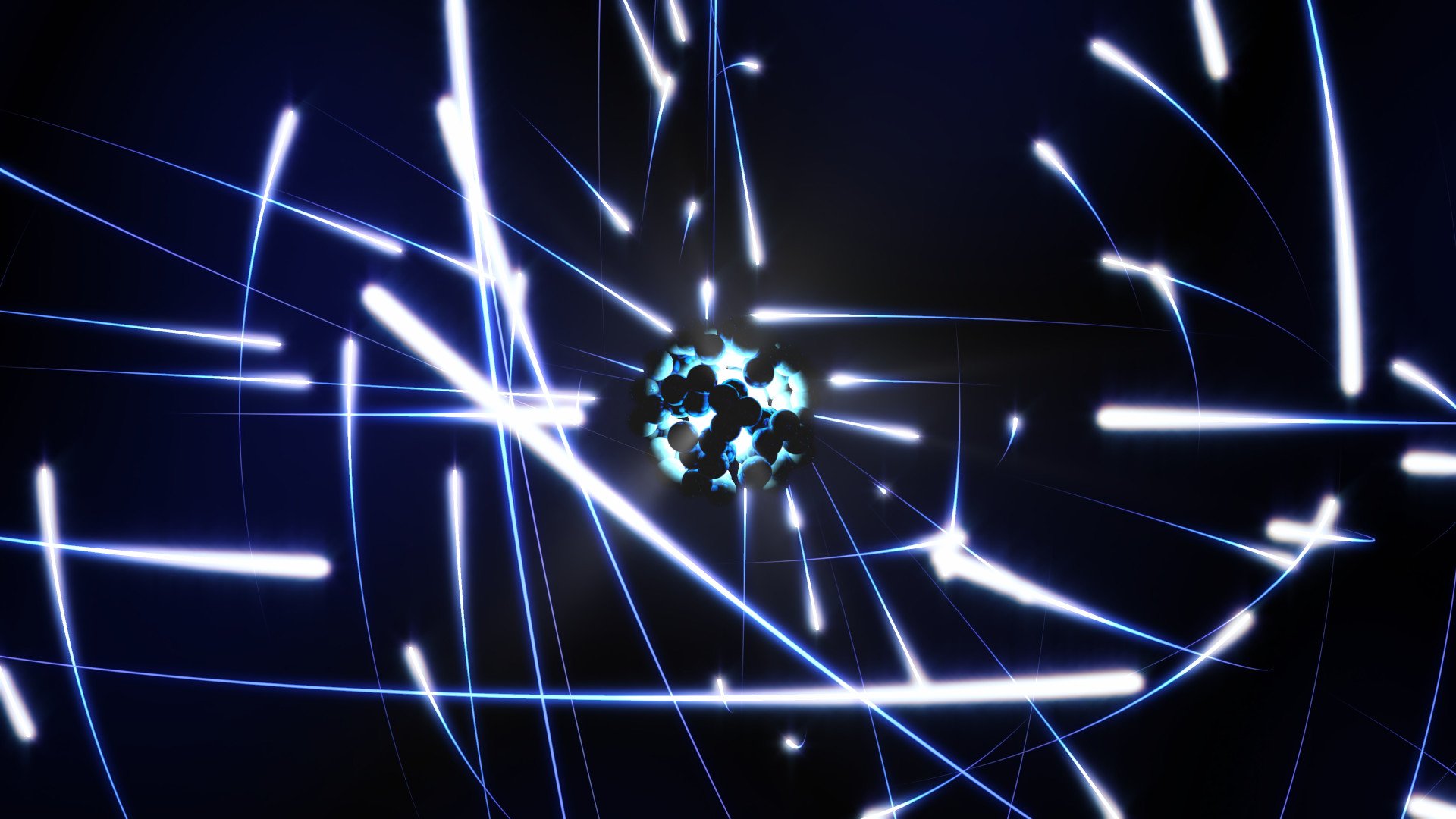